Masses of the head and neck can be malignant or benign. It is important to have masses evaluated right away so that if they are dangerous, treatment can start early. There are three major categories of head and neck masses: congenital, inflammatory and neoplastic. 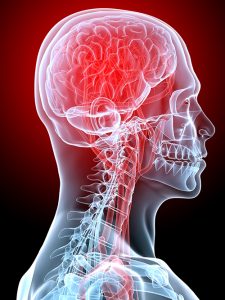 Some masses can be benign, such as lipomas, hemangiomas, neuromas and fibromas. Others, such as thyroid cancer, mucosal cancer and metastatic disease are all examples of malignant masses; these are very serious and require immediate treatment.

Neck masses can originate from lymph nodes, the thyroid or salivary glands. Rarely they can arise from bone, cartilage, muscles, veins or nerves. The location and size of the mass as well as the health and age of the patient can help the doctor identify the mass’s origin.

Lymph Node Excision
Lymph nodes are an important part of the immune system; they contain lymphocytes which fight against foreign bodies that cause sickness and infection. A lymph node excision, also called a lymphadenectomy, may be necessary if the lymph node is possibly cancerous or if it is prone to chronic infection. The procedure usually consists of providing general anesthesia, making an incision in the skin and removing the lymph node and surrounding tissues.

Parotidectomy
A parotidectomy is the surgical removal of one of the body’s major salivary glands, called the parotid gland. The parotid gland is located on the sides of the face, just behind the cheek and in front of the ear. It may need to be removed due to neoplasms, or tumors, which may be cancerous. A patient undergoing a parotidectomy is given general anesthesia, then the doctor makes an incision near the ear through which they remove the gland and surrounding tissues.