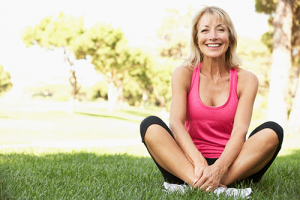 The vestibular system is the sensory system that contributes to our sense of balance and spatial orientation. The system is located in the inner ear and consists of the semicircular canals, the utricle, the saccule, the cupula, ampullae and the cochlea. The vestibular system sends signals to both the nerves in the eyes and the muscles that keep a person upright to maintain a sense of balance.

There are three semicircular canals: the anterior canal, the lateral canal and the posterior canal. These canals work together to detect rotational movements. They are located at right angles to each other and are filled with endolymph, a fluid which exerts pressure against the canals’ sensory receptors. When the sensors are triggered, they send impulses to the brain that movement has been detected from whichever canal is stimulated.